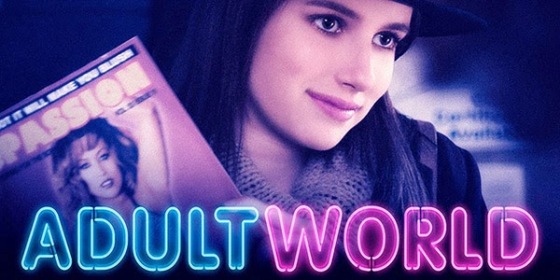 Amy, a recent college graduate with a degree in poetry, is quickly discovering that her lifelong dream of becoming the next great poet isn’t going to be quite as easy as she had initially anticipated. Delusively undeterred, Amy continues to spend money she doesn’t have submitting her work to national publications and writing competitions in the hopes of being published and discovered. No longer able to subsidize their daughter’s pipe-dream, Amy’s parents cut off funds, forcing her to take responsibility for her own life. Desperate for a job, Amy reluctantly accepts a position working at a small mom and pop adult video store, Adult World. Here, she is introduced to assemblage of unique characters who attempt to help this lost idealist try to discover what her true path in life is.

Daughter of long time actor and Academy Award nominee (Runaway Train-1985) Eric Roberts, and niece of Academy Award winner Julia Roberts, Emma Roberts, at only age twenty three, already has thirty three acting credits on her resume. Unlike many of her previous projects where she was cast in a more supporting role, Adult World puts Emma front and center, as she is asked to fearlessly embody the somewhat taxing egocentricity of a young girl who is hopelessly unaware of what it takes to truly make it in the real world. Filled with a bombastic vocabulary of cliched, poetic euphemisms, Roberts’ Amy can at times be a bit silly, but Emma brings a charm to the role that helps offset some of her more callow moments. 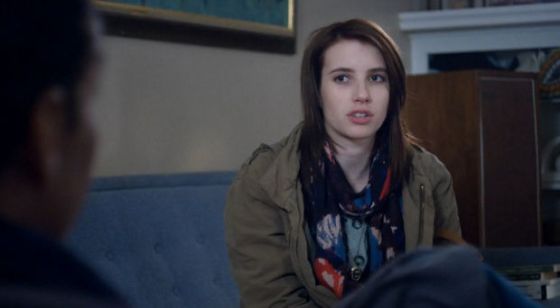 One of Amy’s “favorite living poets” is Rat Billings, a local, washed-up writer who has been riding his former wunderkind title for quite some time. Amy, desperate to become his “protege”, begins stalking the recluse author until he finally gives in and agrees to read over her work. Veteran actor John Cusack, who was brought in to play Billings, has been riding his own former glory to land a recent glut of independent movie roles. As the abrasively sarcastic Billings, Cusack offers an amusing supporting performance complimenting that given by Roberts, and even carrying her at times when her portrayal becomes a bit too childish. Always the consummate professional, I love that even when on autopilot, like he appears to be in this movie, Cusack can still deliver a uniquely engaging and droll performance. 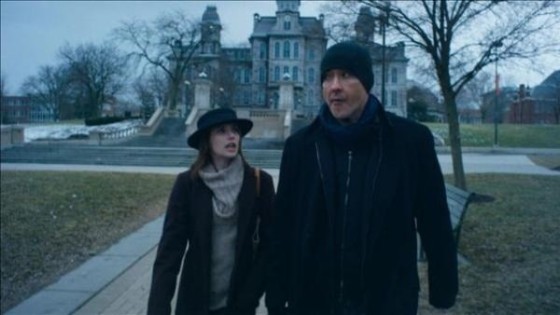 My biggest bone to pick with Adult World was its glaring under-use of the hilariously accomplished Cloris Leachman, who was cast to play one of video store owners. While adding a few laughs to film, including a cringe worthy make-out session, I was a bit stunned to see that this gifted Oscar winner wound up being nothing more than a surprising afterthought. Overall, Adult World is your garden-variety, middle of the road independent comedy that offers a diverting escape to those looking for a cute story and a few good laughs.-JL