After not talking to one another for over ten years, estranged twins Milo and Maggie reunite when Milo’s attempted suicide is thwarted. Sorrowful for their prolonged separation, Maggie invites her brother to come live her and her good-egg husband Lance. As these once close siblings begin to reconcile and share veiled frustrations, old wounds are opened, forcing them to confront inner demons long since forgotten. Soon, they recognize that mending their broken relationship just might be the key to helping each other fix their respective lives. 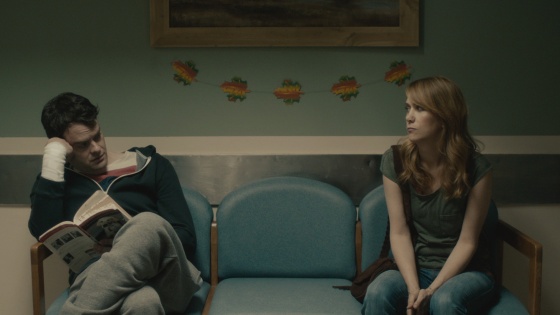 Co-written and directed by filmmaker Craig Johnson, The Skeleton Twins is an engaging and stirring dramatic comedy starring Bill Hader, Kristen Wiig, and Luke Wilson. Nominated for the Grand Jury Prize and winner of the Waldo Salt Screenwriting Award at this year’s Sundance Film Festival, The Skeleton Twins is Johnson’s second directorial effort and showcases a filmmaker who is secure enough in his talents to allow his stars obvious creative input in the development of their characters. With his story of two kindred souls whose shared connection to a harrowing past is the bond that helps fuel their personal and emotional growth, Johnson adeptly avoids the pitfalls of tired indie comedy cliches by infusing precise bursts of heartfelt humor to help make the film’s more earnest moments more palatable and heartrending. 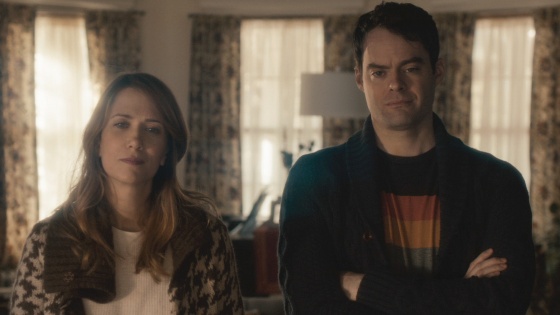 Casting two of Saturday Night Live’s most beloved contemporary stars can be seen by some as a bit of a marketing ploy on the filmmaker’s part. But these two gifted actors do a remarkable job not relying solely on their established appeal, instead employing their obvious professional chemistry to forge an affectionate sibling relationship that is equally bizarre and profound. Of the two performances, it is Hader’s that surprised me the most. Playing Milo, Hader shows a surprising depth and aptitude for this emotionally complex man whose convoluted feelings for a past lover, Rich, blinds him to the wounds their forbidden relationship still generates. While not quite at the level of a Jim Carrey in Eternal Sunshine of the Spotless Mind or Adam Sandler in Punch-Drunk Love, Hader’s successful foray into the world of dramatic acting opens up a whole new world of possibilities for this avid aficionado of cinema history. I hope he seizes his opportunity.

Ever since her Best Original Screenplay Oscar nomination for Bridemaids back in 2011, Kristen Wiig has been on the fast track to A-level status in Hollywood, and rightfully so. Her spellbinding performance in last year’s The Secret Life of Walter Mitty almost single-handedly made the Christmas dud a watchable movie. In The Skeleton Twins, Wiig proves yet again she’s far more than just a skilled comedienne. Playing a character who is deliberately aloof and secretive to those she loves most, Wiig’s subtle delivery creates a complex and sympathetic character. Together, Hader and Wiig are a perfect partnership whose sincere agreeableness makes the painful moments shared between their characters that much more distressing. The whimsical moments these two create, most notably a priceless lip-syncing scene to Starship’s 80’s duet Nothing’s Gonna Stop Us Now, had me snickering in embarrassed amusement.

I must take a minute to mention Luke Wilson whose offbeat portrayal of naïve, nice guy Lance added the right amount of droll quirkiness, offering a perfect supporting performance to aid Hader and Wiig’s shining portrayals. While admittedly anticipating a more conventionally frivolous comedy, The Skeleton Twins is one of those rare films that shattered all preconceived expectations I had for the film. Darker and more somber than the trailer led me to expect, Johnson’s poignant examination about the emotional scars left from past traumas is exponentially more candid and sincere than I had anticipated. Transcending their Saturday Night Live personae, Hader and Wiig are a truly charismatic team. As each fuels off the energy of other, both reach a level of genuine emotional depth in their characters that I don’t think either could have attained working with anyone else. The Skeleton Twins is a confident piece of cinema from a relatively new filmmaker and shows, in this growing age of the blockbuster, why so many of us still love independent films.-JL