"The only true currency in this bankrupt world is what you share with someone else when you're uncool."
4 Comments

Posted by amateurcinefile on November 20, 2014 in In Memoriam, Top 6 lists 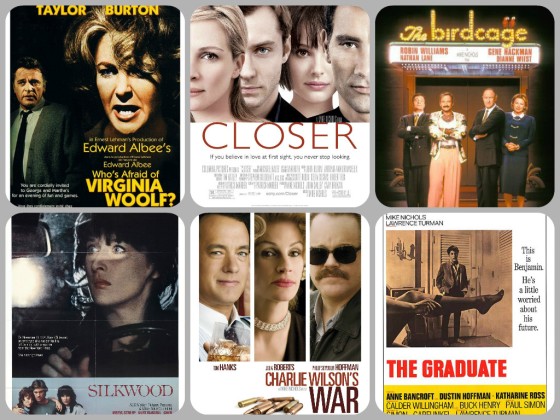 One of only twelve entertainers to win an Emmy, a Grammy, an Oscar, and a Tony (also known as an EGOT), Mike Nichols left a resume of artistic greatness that spanned over five decades. While admittedly my personal appreciation for The Graduate isn’t as high as many others (perhaps another go round will change that), there is no denying the social impact of the movie that officially introduced us to the marvel that is Dustin Hoffman. Of all Nichols created, the film that I truly remain in awe of is his classic directorial debut, Who’s Afraid of Virginia Woolf? An absolute masterpiece in pain, dysfunction, and hostility, you will never find a more impressively ruthless film experience then what Nichols, Elizabeth Taylor, and Richard Burton were able to create. A true legend of cinema, rest in peace, Mr. Nichols.