Adam is a disillusioned and reclusive musician whose growing popularity in the underground rock scene is only making him more depressed. Sensing his increasing despondency, Eve, Adam’s life-partner and confidant, decides it’s time to make the long pilgrimage to reunite with her lover. Unfortunately, their passionate reunion is unexpectedly interrupted by Eve’s intractable younger sister Ava, whose wild, unruly antics threaten to expose their true identity. 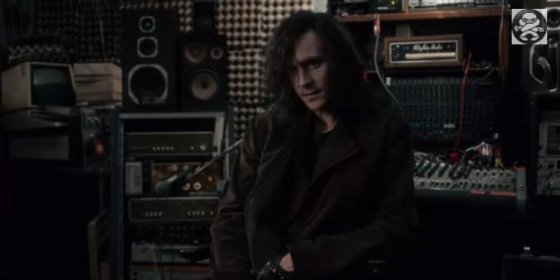 The giftedly idiosyncratic filmmaker Jim Jarmusch has always danced to the beat of a different drummer. Before his 2005 Bill Murray dramedy, Broken Flowers, he had never made film under a studio’s watch. His 1984 indie cult classic Stranger Than Paradise is credited by many film critics as one of the driving catalysts for the independent film movement of the late 1980’s and early 90’s. Jarmusch’s latest creation, Only Lovers Left Alive, is his take on the well-worn vampire mythology. Luckily for us, he borrows only the best of the genre cliches while contributing his own unique flair and original updates to offer a piece of cinema that is equal parts seductively melancholic and twistedly droll.

With such a moody and unconventional script, the casting of the film’s two lead characters, Adam and Eve, was vital to the movie’s success. Jarmusch could not have chosen two actors better equipped to handle the atypical requirements of their roles than Tom Hiddleston and Tilda Swinton. Shelving her renowned androgyny, Swinton displays a surprisingly sensuous and feminine allure while Hiddleston demonstrates the perfect balance of vulnerability and withdrawn aloofness, making him the ultimate hipster rock star. Together these two soulmates create an on-screen partnership that has a facade of nonchalance masking the deeply committed nature of their relationship. Even while thousands of miles apart, the eternal love these two share offers a carnal yearning and abiding affection that oozes out of every scene.

For obvious reasons, Only Lovers Left Alive is shot during the nocturnal hours, causing Detroit, a city already scarred by years of economic downfall, to look even more hauntingly empty. In contrast, the city of Tangier seems to have a constant saffron glow regardless of the time, making Eve’s late night jaunts through the narrow streets feel even more exotic and beguiling. These two cities offer visual metaphors to each character’s mental state, Adam, like Detroit, is a bit dreary and downtrodden, while Eve’s more alluring and offbeat persona matches that of Tangier. I found it amusing to observe these 21st century vampires utilizing today’s technology, communicating through a cleverly rigged version of FaceTime. These modern-day bloodsuckers make a concerted effort to avoid this anachronistic activity, instead acquiring their vital O negative through black market procurement, allowing them the access to better “product” while avoiding tainted blood, one of the few things that supposedly can kill these eternal creatures. 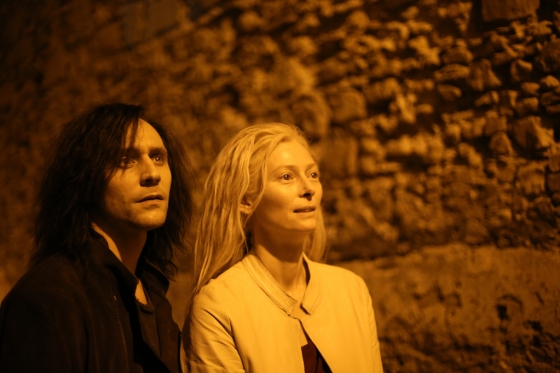 With a lifespan that predates the history of the United States, the possibilities of encountering and befriending many talented and distinguished people are endless, and Jarmusch has fun subtly, and not so subtly, name dropping a myriad a famous historical allusions, including the much maligned William Shakespeare. Hundreds of years spent on earth also allows for quite the appreciation for the arts. Adam’s talents and admiration for music is matched only by Eve’s voracious love for literature. Evident in the film’s running joke referring to humans as “zombies” is a social commentary from Jarmusch, the writer, lamenting our propensity as a species to ignore the simpler pleasures in life, like the arts, while we remain distracted by a world of material things deemed more important and valuable.

Jim Jarmusch has always been a singular filmmaker whose uncompromising creations are, for better or worse, undeniably his vision. Only Lovers Left Alive shows how great a Jarmusch film can be when he gets it right. Blessed with two sterling performances and rich cinematography, Only Lovers Left Alive is a methodically-paced, deadpan comedy that had me entranced unto the end.-JL