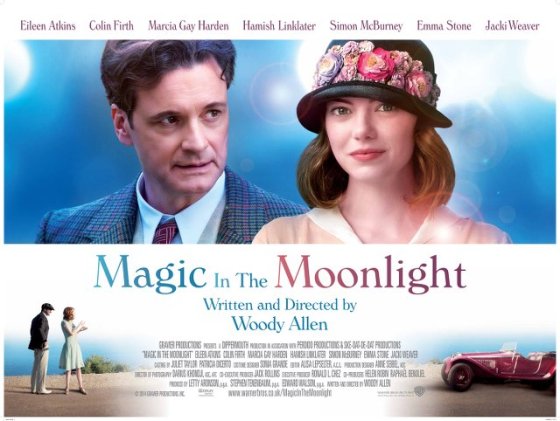 Stanley is a renowned English magician and illusionist who has built a reputation as an expert in exposing fraudulent clairvoyant swindlers. But when a close friend asks him to uncover a gifted American “spiritualist” preying on a rich family friend, Stanley finds himself swept up in the charm of this young woman who just might be the real thing.

Regardless of your feelings about his personal life or the art he creates, there is no denying that legendary filmmaker Woody Allen is an unstoppable force in the world of cinema. Since 1966, Allen has created 44 films. That is 44 movies in 48 years! Within that group, there have been all-time classics, cult favorites, and, of course, few forgettable misfires. But even most Allen misfires offer some level of enjoyment that keeps us coming back year after year to see what his latest creation has to offer. While so many great auteurs of the past stayed locked into one type of genre, what makes Allen an even more impressive artist is his ability to create films that span vast variety of genres, themes, and stories. One of his favorites he continues to return to is the period piece, and Magic in the Moonlight is his latest.

Set in the south of France, Magic in the Moonlight expertly captures the stunningly beautiful landscape of the French Riviera. Cinematographer Darius Khondji’s adept utilization of natural light creates a saffron glow that, combined with an authentic 1920’s wardrobe and an almost overabundant infusion of ragtime jazz, gives the picture a period-appropriate look and feel. Unfortunately, for a film labeled a love story, Magic in the Moonlight’s two leads, Colin Firth and Emma Stone have very little onscreen spark or sizzle. While I’m sure their 27-year age gap may have been partially to blame, the film’s bigger issue is the Allen-written script which I found disappointingly lacking. For a filmmaker who is even more heralded for his gifts as a writer, I was surprised that much of the dialogue created for these two gifted artists feels flat and awkwardly choppy at times. While Firth methodically captures the logic-ridden arrogance of his uppish English character, and Stone’s absent-minded whimsy was a cheeky pleasure, when together, I found their interactions to be lifelessly vanilla. The overall story, while by no means bad, still came across a bit bland, mundane, and far too predictable. 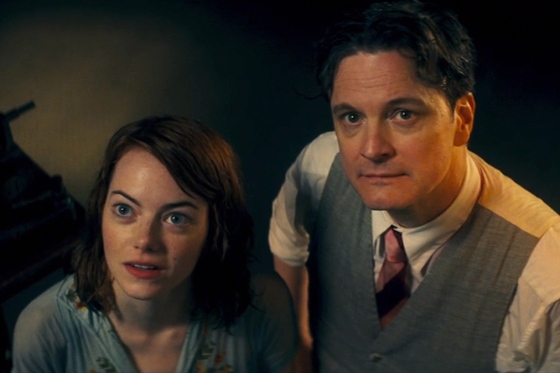 I will never turn down the opportunity to see a Woody Allen film in theaters, for I find even his average films are still more sophisticated and thought-provoking than most of the swill that is peddled today as entertainment. Saying that, Magic in the Moonlight is one of those average Woody Allen films. Starring two extremely talented and charismatic actors, Magic in the Moonlight is a love story that suffers from a middling script. With its title, I expected there to be more…magic. Instead, Allen gives us a whimsically safe, by-the-numbers 1920’s period piece that I found quite vanilla.