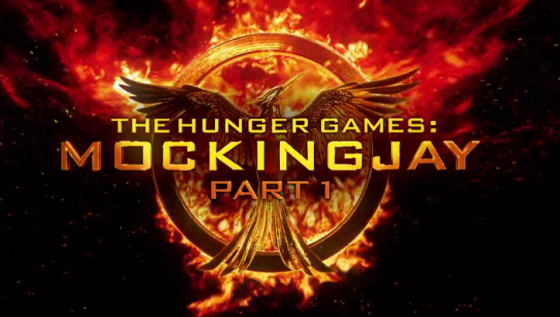 After sabotaging the Capitol’s illustrious Quarter Quell, Katniss is rescued by the rebellion and whisked away to safe confines of the underground fortress of District 13. But as she tries to recover from the latest infliction of physical and emotional scars, Katniss soon learns that the leaders of the rebellion have bigger plans for her. Begrudgingly, Katniss agrees to be the “Mockingjay,” the symbol of courage and defiance to help fuel the growing uprising that has sprung up in various Districts as the citizens’ frustrations with the Capitol, and President Snow, begin to boil over.

Austrian director Francis Lawrence turned to filmmaking back in 2005 after finding enormous success as a music video director, working with likes of Will Smith, Britney Spears, and Aerosmith. But after a string of critical misfires (Constantine, I Am Legend, Water for Elephants) Lawrence’s film career seemed to be on the verge of mediocrity until Lionsgate Studios came calling back in 2012 after Gary Ross, the screenwriter/director of the first Hunger Games film, chose not to return for the second installment. Desperate to find a new director to helm their billion dollar Hunger Games franchise, Lionsgate decided to go with Lawrence when filmmaker Bennett Miller (Moneyball, Capote) made it known his desire to direct a smaller passion project, Foxcatcher. Lawrence took this fortuitous opportunity and ran with it, creating a successful follow-up in last year’s Catching Fire that found great critical and box office success. Returning for this third of four films, expectations were moderately high to see what Lawrence had in store for us this time around with Mockingjay Part 1.

Luckily for Francis Lawrence, the best thing that ever happened to his career was the day Jennifer Lawrence signed on to play Katniss Everdeen. Lawrence is so far ahead of her contemporaries in terms of talent it’s hard to fully comprehend. In just four years, she has not only developed into a critical darling, and rightfully so, with three Oscar nominations and one victory, she has become the face of not one but two billion dollar franchises in X-Men and The Hunger Games, bringing an unexpected level of credibility to a genre of films desperate for it. In Mockingjay Part 1, Lawrence once again fully embodies the emotional complexities that surround the character of Katniss, a reluctant hero whose main concern is the safety of those she loves most. Displaying the inner turmoil of a woman who is battered but not broken, Lawrence demonstrates a believable level of physicality without compromising authenticity; this a real woman, not some Hollywood-ized superhuman. At this point in her young career, Lawrence could make just about anything, and I’d watch it simply because she’s involved. Sadly, I can’t make that claim about many other actresses. But not even Jennifer Lawrence can overcome the biggest issue that surrounds this third franchise installment.

Lionsgate, like many studios have been doing lately, decided to split the final Hunger Games book into two movies. This choice created quite the cinematic conundrum; in the bigger picture of the Hunger Games story, splitting the last novel allows for more of the story to be explored on screen in finer detail. However, for many, this is seen a blatant revenue-generating maneuver from the studio. With so many fans having already invested such emotional energy into this story and its beloved heroine, its obvious that Lionsgate knew many would willfully shell over hard-earned money to be subjected to half a story that has no real beginning or end. This gives Mockingjay Part 1 an odd feeling of being just a continuation cliffhanger whose main purpose is to string the audience along until Part 2’s finale next year.

As a movie fan, I tend to avoid reading the books of movie adaptations. When I admit this, most people’s response tends to be some version of, “but the book is always better than the movie.” I rarely disagree with this sentiment, yet it plays right into my response back to them, “reading the book tends to ruin my movie experience.” I find myself spending too much time comparing the two instead of judging and enjoying the film on its own merits. Saying that, thanks to the recommendation of my lovely editor, I did break down and read the Hunger Games books and will openly admit to thoroughly enjoying the series. While I desperately tried to avoid comparing Mockingjay Part 1 to the book, one big difference between the two that is too glaring not to mention involves the storyline surrounding District 13 President Alma Coin and her interactions with Katniss. The novel does an excellent job setting an atmosphere of suspicion surrounding President Coin in regards to her true motives for taking on the Capitol and President Snow. For some unexplained reason however, Francis Lawrence and the screenwriters have gone out of their way to avoid raising these same suspicions in Julianne Moore’s stalwart portrayal. While I won’t go into detail to avoid spoilers for those that haven’t read the books, I will say this leads to quite the quandary leading into the final movie coming out next year and, unless addressed, could open up the possibility of a major divergence in the ending of the film series in comparison to the book trilogy.

Blessed with an amazing supporting cast, including one of the final film appearances of the late Philip Seymour Hoffman, Mockingjay Part 1 helps extend the Hunger Games’ reign as the most compelling of the young adult franchises. Similar to Harry Potter and the Deathly Hallows Part 1 (my least favorite installment of that series), Mockingjay Part 1 needs to be seen in the context of what it does in the big picture of this franchise, bridging the excitement of Catching Fire with the crescendo of Mockingjay Part 2. But this also forces us to invest in and accept a third installment that feels a bit incomplete and somewhat unsatisfying. While the least impressive of the three films so far, Mockingjay Part 1 offers a sufficient continuation of the Katniss Everdeen saga while showing why Jennifer Lawrence is the biggest movie star on the planet, male or female.-JL