Andrew is a gifted young jazz drummer with aspirations of being one of the greats. After acceptance to Shaffer Conservatory, the finest music school in the country, Andrew is discovered by the school’s most renowned and formidable conductor, Mr. Terrence Fletcher. But as Andrew quickly finds out, Mr. Fletcher’s unorthodox methods for getting the best out of his musicians include tactics that involve both verbal and mental abuse. Determined to succeed in this merciless environment, Andrew withstands a barrage of indignant derision for the opportunity to prove his worth as a burgeoning musician. 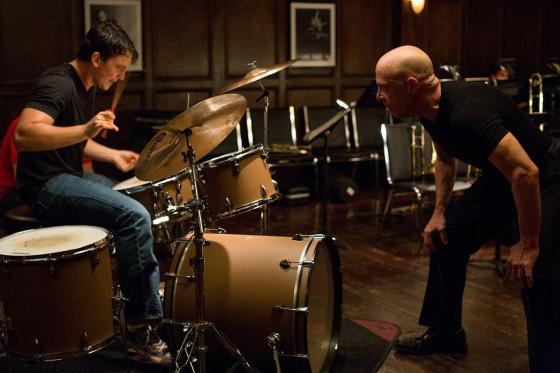 Whiplash is writer/director Damien Chazelle’s sophomore feature effort. After finishing his original script for the film, Chazelle found great difficulty getting funding to create his passion project. Undeterred, Chazelle’s solution was to modify his story, turning Whiplash into a short film and submitting it to the 2013 Sundance Film Festival. It was that short film submission that went on to win the Short Film Grand Jury Prize, procuring him the money needed to create the feature film he originally envisioned. 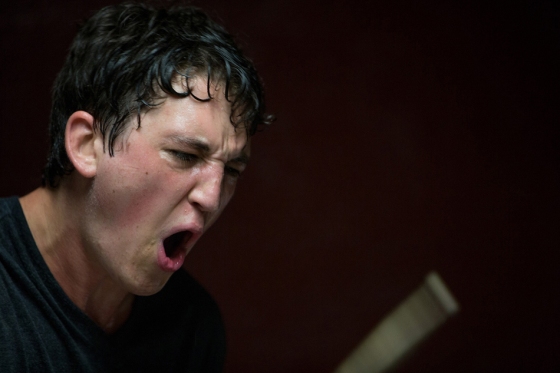 The billed star of the film is Miles Teller, a talented fresh face that continues to ascend the ranks of the young Hollywood elite. A gifted leading man with surprising comedic timing, Teller’s breakout role came in last year’s teenybopper drama, The Spectacular Now. Originally turning down the role because he wanted to take a few months off from his busy schedule, Teller eventually signed on for the project after his manager, who saw the potential in the script, strongly encouraged him to reconsider. After agreeing to play Andrew, Teller, who has played the drums since age fifteen, was reported to have begun taking additional lessons, working upwards of four hours a day to prepare for the rigorous requirements of this character. It is this expertise, knowledge, and passion for the instrument that brings a true level of authenticity and believability to Teller’s portrayal, helping him capture on screen the obsessive power the desire for greatness can have on a musician. 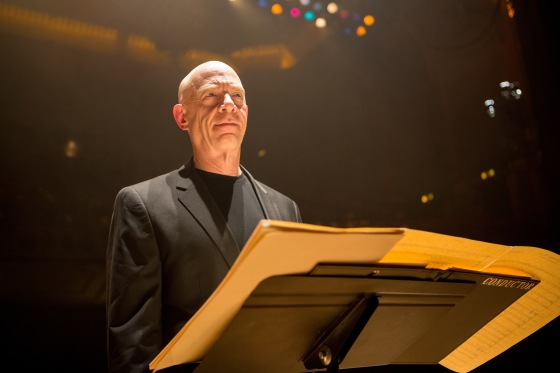 In most years, Teller’s notable performance would be a shoe-in for an Oscar nomination. Unfortunately for him, it is J.K. Simmons’ supporting performance that is dominating much of the talk surrounding the film. A talented, veteran character actor best known for his role as the father in the 2007 indie hit comedy Juno, Simmons is one of the last actors you’d picture playing a contemptuous, scornful jerk. However, it is his ruthless portrayal as the infamous professor/conductor Terrence Fletcher that takes Whiplash from a feel-good story of perseverance and transforms it into the powerful melodrama so many have fallen for. Destined to join the likes of R. Lee Ermey’s famed performance in Full Metal Jacket, Simmons’ transformative performance is shockingly abrasive, unearthing a slew of ineffable emotions in the viewer as we watch the dark manifestations of this teacher’s methodology. A gifted instructor, Fletcher is a man whose compulsive passion for perfection from his students has caused him to lose complete reality on what are acceptable teaching practices, leading to a onslaught of belligerent instructive techniques that border on criminal. As Oscar season approaches, the early word, and rightfully so, is Simmons and Edward Norton (Birdman) are the two front-runners for the Academy Award for Best Supporting Actor. Liking both as actors, I struggle to decide whose performance I will root for come February. 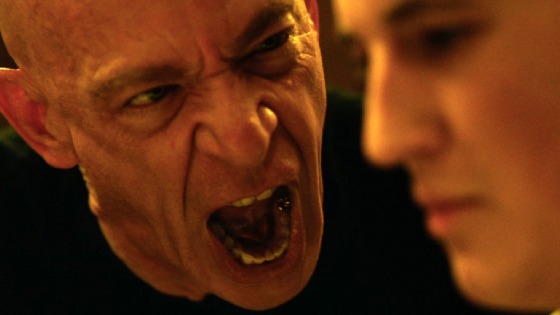 Winner of the Grand Jury Prize at this year’s Sundance Film Festival, Whiplash is a fascinating exploration into the cutthroat and competitive world the music industry and is one of 2014’s most heralded independent films. Through Andrew’s frenzied desire to push himself to the absolute limits as a musician and Mr. Fletcher’s mania for inspiring the “next” great prodigy, Whiplash is a film that examines the overpowering nature, and corrosive repercussions, of obsession. Some have found the film’s climactic ending to be a stirring culmination. My reaction was one of more subdued relief, however, as the film’s oppressive tension finally was lifted for a fleeting moment of gratification, for both for the characters and the audience. Please don’t misconstrue what I’m about to say; I enjoyed this pressure-packed drama a great deal, and with the emotional fervor it drums up in its viewer, I can see why so many have attempted to claim Whiplash is an indie masterpiece. But now having time to fully digest the film, I feel Whiplash is a B-rated movie with two A-rated performances, making it a memorable film for 2014, but not quite the masterstroke some have sold it to be.-JL