Posted by amateurcinefile on February 9, 2020 in Cinema Journal

As we approach Oscar night, it is time to reveal the 7th annual AmateurCinephile.com Hall of Fame class of 2020. This year’s class of honored films includes one 1st ballot film (movies from 2010 became eligible for selection this year), two National Film Registry selections, three Best Picture nominees, three foreign films, a musical drama, a romantic comedy, and the first animated inductee. These six films bring our Hall of Fame total to 48.

The Social Network (2010) An eight-time Oscar nominated film, The Social Network won three Academy awards including Best Adapted Screenplay. This year’s only first-ballot film, The Social Network was selected to 78 critics’ Top 10 lists back in 2010, including 22 #1 spots as well as the National Board of Review Best Film of 2010.  This tense drama perfectly encapsulates the time when the new guard abruptly pushed aside the corporate ruling class and presciently foreshadows social media’s cultural revolution. The Social Network becomes the first film from the 2010’s to be inducted into the AmateurCinephile.com Hall of fame.

Cabaret (1972) Directed by Bob Fosse and starring Liza Minnelli in her seminal role as nightclub singer, Sally Bowles, Cabaret was the National Board of Review Best Film of 1972. A 1995 National Film Registry selection, Cabaret holds the distinction of being the film awarded the most Academy awards (eight) without winning the Oscar for Best Picture (losing to Class of 2014 honoree, The Godfather). Cabaret is the sixth 1970’s Hall of Fame film. 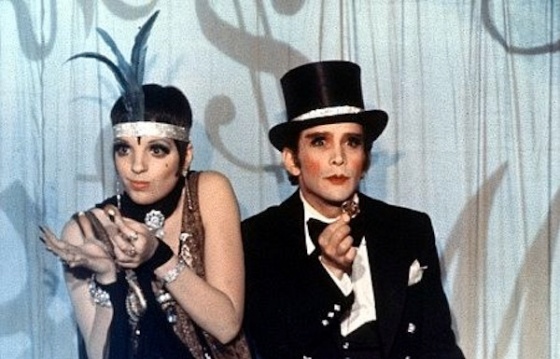 In the Mood for Love (2000) A sultry and hypnotic story of betrayal, In the Mood for Love was ranked the 24th greatest movie of all-time in the 2012 BFI Sight & Sound poll, making it the highest-rated movie of the 21st century. In The Mood for Love becomes the fourteenth film from the 2000’s and the 2nd movie from the year 2000 to be inducted, joining inaugural Class of 2014 honoree Almost Famous.

Metropolis (1927) Arguably the most influential early science fiction film, Metropolis was voted as the 35th greatest film in the 2012 BFI Sight & Sound poll. Directed by famed Austrian filmmaker, Fritz Lang, Metropolis is the second silent film to be inducted, joining Class of 2018 City Lights, and the first Hall of Famer to represent the decade of the 1920’s.

Nausicaa of the Valley of the Wind (1984) The breakout film of legendary Japanese animator Hayao Miyazaki, Nausicaa of the Valley of the Wind is a post-apocalyptic drama based on a Miyazaki-created manga of the same name. Praised for its anti-war and environmental subject matter, Nausicaa’s reputation as one of the greatest animated films only grows as its themes and style continue to influence the anime genre today. Nausicaa is the first animated film to be inducted in the AmateurCinephile.com Hall of Fame and the fifth film from the 1980’s.

So there you have it, the AmateurCinephile.com Hall of Fame Class of 2020. Make sure you come back next Oscar weekend when another six films are chosen for inclusion.-JL

AMATEURCINEPHILE.COM HALL OF FAME BREAK DOWN BY DECADE: